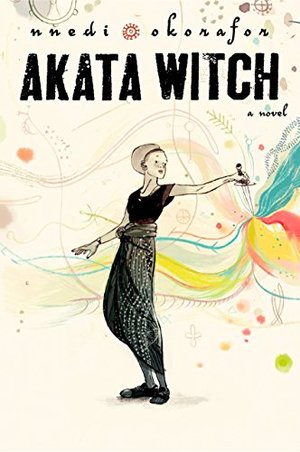 Nnedi Okorafor
Read Nnedi Okorafor's blogs and other content on the Penguin Community. Twelve-year-old Sunny lives in Nigeria, but she was born American. Her features are African, but she's albino. She's a terrific athlete, but can't go out into the sun to play soccer. There seems to be no place where she fits. And then she discovers something amazing-she is a "free agent," with latent magical power. Soon she's part of a quartet of magic students, studying the visible and invisible, learning to change reality. But will it be enough to help them when they are asked to catch a career criminal who knows magic too?

@magicrat
Reviewed: 2021-07-01
I only got through about two thirds of this book before quitting. I had heard the claim that this is the "Nigerian Harry Potter" but I went in with moderate expectations, claims like that are usually overblown and I'd rather be pleasantly surprised than sorely disappointed. Boy, did that not help!
Harry Potter this ain't. It reads almost like a Harry Potter fanfic, only instead of magic and wands there's juju and knives, as well as a few other superficial similarities. What really sets the two books apart is writing skill.

Akata Witch is full of paper-thin, flavorless characters meandering through an unexciting mess of plot. There's no rising action. There's actually almost no action at all, since any exciting bits get quickly passed over, returning us to an obnoxious cast of characters spouting unbelievable dialogue while always being annoyed at each other.

There's also tons of exposition while at the same time no real explanation of key things about the magical world. Sunny, the MC, is completely devoid of any agency, simply letting herself be dragged from place to place with the promise that someone will explain something and then they don't. The first half of the book felt like an endless string of "Sorry Mario, but our princess is in another castle" chapters. And then you suddenly get some huge revelation that you would think would really shake Sunny's world ("Oh yeah, you know that killer that we've been namedropping since chapter one, he was once a student of your grandmother and he killed and ate part of her flesh. He's a level 20 wizard and you'll have to fight him in 3 months because the rest of the adults can't be bothered to do it, we'd rather sit around listening to Jazz and spouting cryptic nonsense.") and Sunny barely thinks about them for a couple of paragraphs before going off to play football or braid her hair.

Another thing that really annoyed me was the poor editing, which has been well documented in other reviews. Did Sunny spend 9 years in the States or 3? Was she in Nigeria when she was 2 or not? Chapters seem to have been moved around so much that the author lost track of what happened when, as Sunny is clueless about what an Oha Coven is when told by Taiwo when she has already been told by the other kids chapters earlier. And while there's tons of other examples I can provide, the worst one for me, and the one that made me decide to stop reading was the out-of-nowhere 1st person sentence in this otherwise 3rd person narrative at the end of the 14th chapter: "And chittim rained on us all." This pulled me so far out of a story I'd been getting steadily more annoyed with that I won't be going back, I'm afraid.

Sunny’s first clue that her life is about to change is from a candle -- in which she sees the end of the world. Sunny’s friend Orlu and his friend Chichi reveal that they have powers. Sunny also has powers. She’s what they call a free agent. Orlu, Chichi, and Sunny are all Leopard People. People who don’t have powers are called Lambs. Sunny takes classes not only in the Lamb world but also in the Leopard world. Taking classes in the Leopard, she learns basic juju and spells. She is albino, so that gives her the ability to become invisible and travel to the spirit world and back. The spirit world is where spirits of Leopard are. The Leopard world is secret from her family so she has to sneak in and out of her house to take her classes. Sunny’s starting to get around but then Chichi, Orlu, Sunny, and their American friend Sasha are asked by another Leopard to help catch a criminal. He’s a serial killer with much stronger abilities than Sunny and her friends. This was a good book, but there were some parts that were slow and I got confused a lot. Once I got past the slow parts, though, the book got really good. Akata Witch is a story that paints a vivid picture in your mind so you can see everything in this book for yourself.