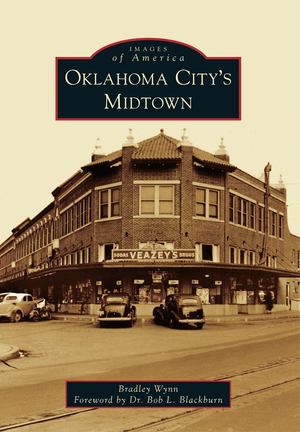 Bradley Wynn, Foreword by Bob L. Blackburn (Foreword by)
The story of Oklahoma City would be incomplete without its suburban Midtown, a work-and-play community nearly as old as the city itself. Located along the northern edge of downtown, Midtown has become a surging community of diverse neighborhoods, businesses, and dynamic revitalization efforts within its nearly 387 acres. Among this area's unique attractions are Oklahoma's first hospital, grocery store, and kindergarten, as well as surviving territorial Victorian homes and so much more. These pages contain numerous images--published for the first time--that capture the moments and people from the Midtown community that shaped downtown Oklahoma City. From the first land rush in 1889 to innovations that would change medicine worldwide, this is the story of Oklahoma City's Midtown.