Autism and the Myth of the Person Alone 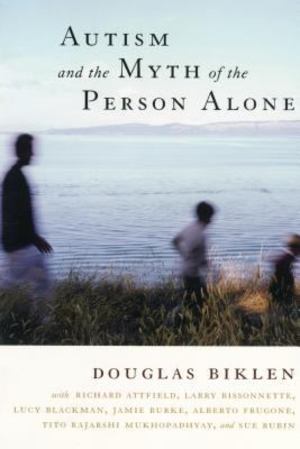 Douglas Biklen, Jamie Burke (As told to), Alberto Frugone (As told to), Tito Rajarshi Mukhopadhyay (As told to), Sue Rubin (As told to), Larry Bissonnette (As told to), Lucy Blackman (As told to), Richard Attfield (As told to)
Autism has been defined by experts as a developmental disorder affecting social and communication skills as well as verbal and nonverbal communication. It is said to occur in as many as 2 to 6 in 1,000 individuals. This book challenges the prevailing, tragic narrative of impairment that so often characterizes discussions about autism. Autism and the Myth of the Person Alone seriously engages the perspectives of people with autism, including those who have been considered as the most severely disabled within the autism spectrum. The heart of the book consists of chapters by people with autism themselves, either in an interview format with the author or written by themselves. Each author communicates either by typing or by a combination of speech and typing. These chapters are framed by a substantive introduction and conclusion that contextualize the book, the methodology, and the analysis, and situate it within a critical disability studies framework. The volume allows a look into the rich and insightful perspectives of people who have heretofore been thought of as uninterested in the world.