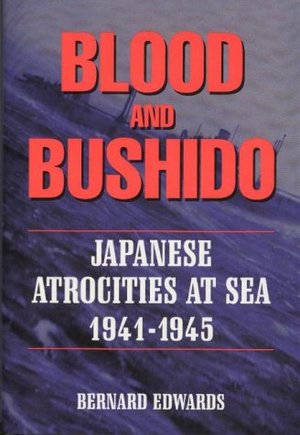 Bernard Edwards
Imperial Japan's wartime atrocities left a bloody stain on the waters of the Pacific...This is a story that might have quietly slipped beneath the waves of history had Bernard Edwards not written this important book. Blood & Bushido vividly recounts the barbaric actions of Japan's navy in the wake of its attacks on Allied shipping, including the ramming of lifeboats, the machine-gunning of survivors and the bayoneting and beheading of captives. As Edwards explains, the ancient Japanese warrior code of Bushido-under which capture is forbidden—was in stark and lethal contrast to the humane code of conduct usually honored by seafarers. Anyone unfortunate enough to fall victim to the Imperial Navy paid a terrible price. Drawing on the dramatic accounts of Allied survivors, Blood & Bushido serves as a reminder of the Imperial Navy's inhumane acts and a tribute to those who perished because of them.