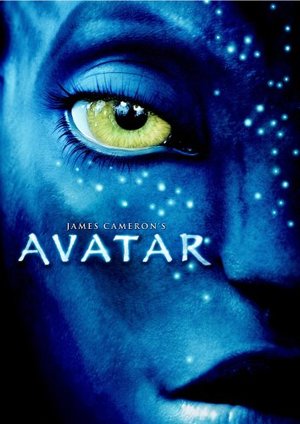 James Cameron
Please note: This edition of the film is not in 3D.Versions of Avatar on Blu-ray, DVD, and Video On Demand Edition Format Release Date Special Features Avatar (Extended Collector's Edition) Three Blu-ray Discs Nov. 16, 2010 Three versions of the movie including the previously unreleased extended cut, plus more than eight hours of bonus features including over 45 minutes of deleted scenes, interactive scene deconstruction, Pandorapedia, documentaries and featurettes, and BD-LIVE content (requires compatible player and Internet connection) Avatar (Extended Collector's Edition) Three DVDs Nov. 16, 2010 Three versions of the movie including the previously unreleased extended cut, plus more than three hours of bonus features including documentaries and over 45 minutes of deleted scenes Avatar (Original Theatrical Edition) Digital Purchase Apr. 22, 2010 None Avatar (Original Theatrical Edition) Digital Rental May 9, 2010 None Avatar (Original Theatrical Edition) Two-disc Blu-ray/DVD combo Apr. 22, 2010 None Avatar (Original Theatrical Edition) DVD Apr. 22, 2010 None Stills from Avatar (Click for larger image)       KIDS FIRST! Review: Director/screenwriter/producer James Cameron brings his science fiction roots to DVD with the award-winning film, "Avatar." The almost three-hour epic is considered by many as the most beautiful movie ever produced thanks to its groundbreaking 3-D and graphics technology. Set in the far future, Jake Sully (Sam Worthington), travels to Pandora, a lush, jungle-covered extraterrestrial moon and home to a sentient humanoid race, the Na'vi. The 10-foot tall, blue-skinned Na'vi fight when a human corporation attempts to remove the indigenous people from their native lands. Human scientists create genetically-bred human-Na'vi hybrids known as Avatars to overcome the fact that they can’t breathe Pandora air. Jake participates in this program and encounters many dangers and beauties on Pandora as he scouts around. “Avatar” exhibits cinematographic and artistic excellence and creates interest in issues such as the environment. KIDS FIRST! Child Juror Comments: This DVD had great cinematography and amazing visual effects. One of my all-time favorite parts of the film was when Jake was walking through the forest of Pandora - everything lit up and looked amazing. The movie had a great soundtrack. It had a new age feel that felt like it was inviting you into a new world. It made the whole thing seem tangible, which is great. I wanted to be part of that world. The acting was great, too! You could tell which characters were bad and which were good with some bad sides. Overall one of the best movies I've seen. The actors roles fit their appearance, and there was a lot of foreshadowing and hinting throughout the movie.