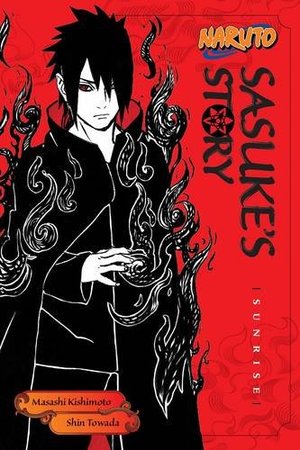 Shin Towada
Sasuke, ally and friend to Naruto and brother to Itachi, hits the road to find the root of the evil Itachi faced in this sequel to Itachi’s story.A new series of prose novels, straight from the worldwide Naruto franchise. Naruto’s allies and enemies take center stage in these fast-paced adventures, with each volume focusing on a particular clan mate, ally, team…or villain. The Great Ninja War has ended, but to untangle the mystery that remains, Sasuke sets out on a journey—a journey that he hopes will allow him to atone for his sins. During his travels, those ninja faithful to the avenger Sasuke bring about tragedy. Meanwhile danger closes in on the villages of Konoha, Kiri, and Kumo, where red eyes burn with hatred. What is the future Sasuke stares down?