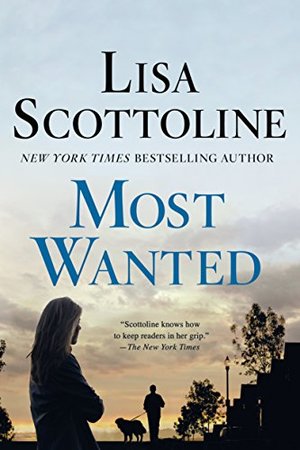 Lisa Scottoline
“Spellbinding. Another tour de force from Scottoline. It drew me in, in a single breath.” –Mary KubicaDONOR 3319 PROFILE: TALL. BLONDE. BLUE EYES. MEDICAL STUDENT. WANTED FOR MURDERChristine Nilsson and her husband, Marcus, are desperate for a baby. Unable to conceive, they find themselves facing a difficult choice they had never anticipated. After many appointments with specialists, endless research, and countless conversations, they make the decision to use a donor.Two months pass, and Christine is happily pregnant. But one day, she is shocked to see a young blond man on the TV being arrested for a series of brutal murders―and the blond man bears an undeniable and uncanny resemblance to her donor.Delving deeper to uncover the truth, Christine must confront a terrifying reality and face her worst fears. Riveting and fast-paced, with the depth of emotionality that has garnered Lisa Scottoline legions of fans, Most Wanted poses an ethical and moral dilemma: What would you do if the biological father of your unborn child was a killer?