Ambiguous Allure of the West, The 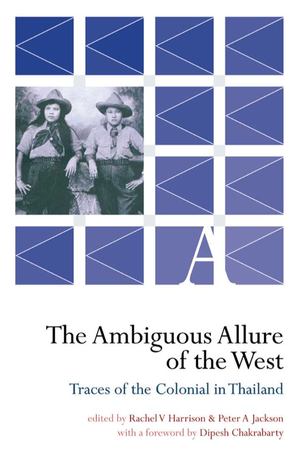 Rachel V. Harrison (Editor), Peter A. Jackson (Editor), Dipesh Chakrabarty (Foreword by)
The Ambiguous Allure of the West examines the impact of Western imperialism on Thai cultural development from the 1850s to the present and highlights the value of postcolonial analysis for studying the ambiguities, inventions, and accommodations with the West that continue to enrich Thai culture.Since the mid-nineteenth century, Thais have adopted and adapted aspects of Western culture and practice in an ongoing relationship that may be characterized as semicolonial. As they have done so, the notions of what constitutes Thainess have been inflected by Western influence in complex and ambiguous ways, producing nuanced, hybridized Thai identities. The Ambiguous Allure of the West brings together Thai and Western scholars of history, anthropology, film, and literary and cultural studies to analyze how the protean Thai self has been shaped by the traces of the colonial Western Other. Thus, the book draws the study of Siam/Thailand into the critical field of postcolonial theory, expanding the potential of Thai Studies to contribute to wider debates in the region and in the disciplines of cultural studies and critical theory.The chapters in this book present the first sustained dialogue between Thai cultural studies and postcolonial analysis. By clarifying the distinctive position of semicolonial societies such as Thailand in the Western-dominated world order, this book bridges and integrates studies of former colonies with studies of the Asian societies that retained their political independence while being economically and culturally subordinated to Euro-American power.