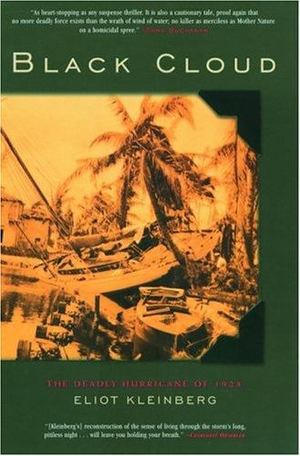 Eliot Kleinberg
The great hurricane of 1928 claimed 2,500 lives, and the long-forgotten story of the casualties, as told in Black Cloud, continues to stir passion. Among the dead were 700 black Floridians--men, women, and children who were buried in an unmarked West Palm Beach ditch during a racist recovery and rebuilding effort that conscripted the labor of blacks as latter-day slaves. Palm Beach Post reporter Eliot Kleinberg has penned the gripping and tragic tale of 1928's killer hurricane from dozens of interviews with survivors, diary entries, accounts from newspapers, government documents, and reports from the National Weather Service and the Red Cross. Immortalized in Zora Neale Hurston's classic Their Eyes Were Watching God, thousands of poor blacks had nowhere to run when the waters of Lake Okeechobee rose. No one spoke for them, no one stood up for them, and no one could save them. With historical photographs and heroic tales of survival and loss, this book finally gives the dead the dignity they deserve.