Annotated Godfather. The Complete Screenplay with Commentary on Every Scene, Interviews, and Little-known Facts, The 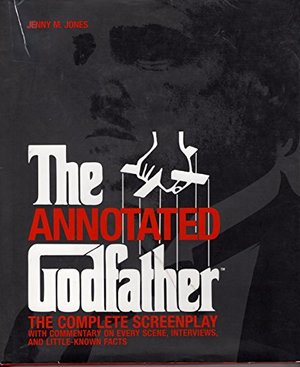 The Godfather is one of the greatest movies ever made-celebrated for its brilliant cinematic innovations and unforgettable script to its magnificent cast. Yet the history of its creation is so chaotic, so turbulent, that one cannot help but marvel at the seemingly insurmountable odds that had to be overcome for the film to make it to the silver screen, let alone to become a cinematic masterpiece that continues to captivate viewers more than four decades after its release. The Annotated Godfather presents all the little-known details and off-screen intrigue surrounding this landmark film, including: ■The complete screenplay (with scenes that didn't make the cut) ■Technical details about filming and locations ■Interviews with former Paramount Pictures executives, cast, crewmembers, and director Francis Ford Coppola ■Tales from the set, including arguments, accidents, and practical jokes ■Profiles of the actors and how they were cast ■Goofs and gaffes that made it into the film ■More than 200 stills, behind-the-scenes photographs, and cutting room-floor gems